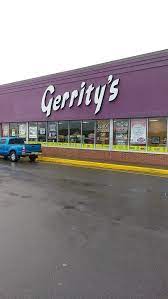 “For retailers who are evaluating whether or not to switch to Rosie, I would really encourage you to take a look at how much support they provide not just in terms of the technology but in terms of the people. They have been really a great partner for us, we talk to them on a bi-weekly basis.” – Joe Fasula

Joe Fasula, President and Owner of Gerrity’s Supermarkets, shares his experience including switching to Rosie in 2017 and operating a highly successful and competitve ecommerce service for his community.

Gerrity’s is the largest family owned and locally owned supermarket business in Northeastern Pennsylvania. The company operates 10 supermarkets in Lackawanna and Luzerne counties.

The company is owned by Joyce “Mom” Fasula and her son, Joe. Gerrity’s is part of Shursave Supermarkets. Gerrity’s employs nearly 1100 people in Lackawanna and Luzerne counties. Gerrity’s began in 1895 as a small meat market and became a supermarket in 1980.